Adventure in a world of trees Over the past six years, Bedgebury National Pinetum & Forest has evolved into South… Read More 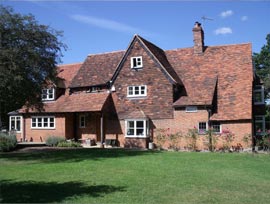